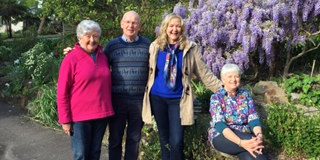 The 2015 CASS Open Studios on the North Shore were held in September at St Ives, Roseville and at Killarney Heights.  Each location displayed art works from local Artists.

Baith demonstrating her water colour skills to a fascinated audience.

Baith, Bryan, Jan and Charmaine at the St Ives Studio.

Report: it was a quiet weekend with lower attendance than the last year. There was lots of chat and was great to catch up with friends and neighbours that visited.

The Roseville Studio featured the works of  Dee Jackson and Susan Smart. It opened Saturday & Sunday 19th & 20th September from 9am to 4.30pm at 114 Shirley Road, Roseville, 2069.

Report: Susan Smart was successful with 3 Artwork sales. Dee expects a number of commissions to follow the open studio.

Linda Joyce’s works were displayed at 24 Ballyshannon Road, Killarney Heights 2087, Opening Times were each Sunday in September, Sunday 6th, 13th, 20th and 27th from  10am to 5pm.

Report: “I had no idea of what to expect when I put myself up for this. I had been working on a series of new works and thought having an Open Studio with my Exhibition included in it could work. It was a really fun experience and will definitely do it again! A BIG Thank you to CASS for running this event and giving me the incentive to get out of my comfort zone and go for it!!!” Linda Joyce 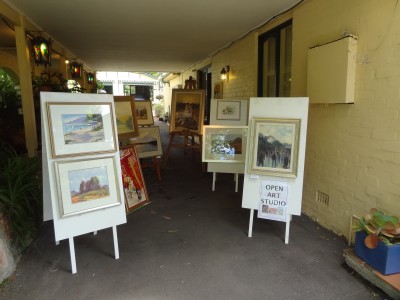