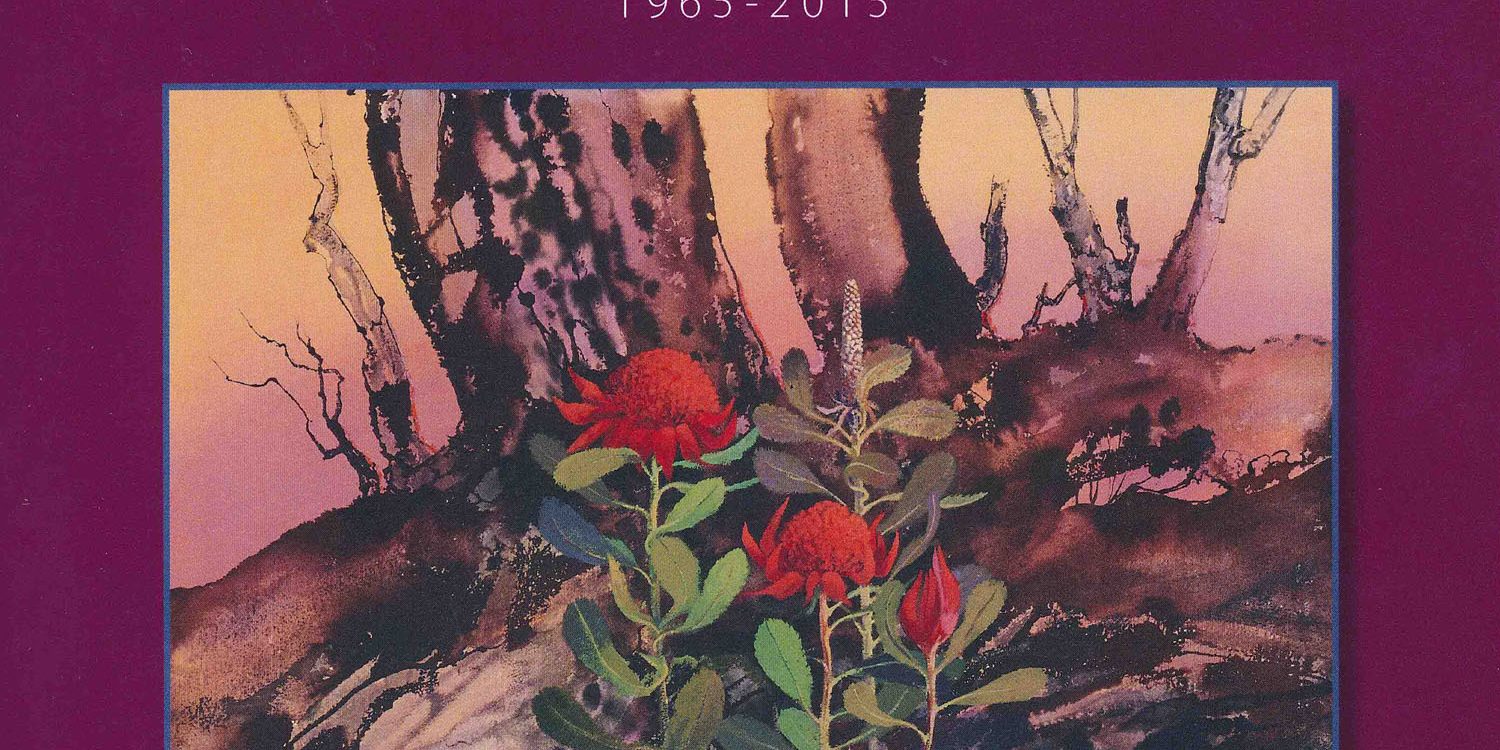 The Ku-ring-gai Art Society celebrated its Golden Jubilee with a 50th Anniversary Book. 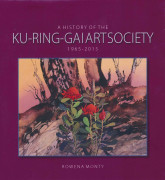 This book on the history of the Society was launched July 2015 at the Golden Jubilee Awards Exhibition.

With the generosity of two of our long standing members, Sandra Cadwallader and the late Mary Wood, it was possible to upgrade from a soft cover to a hard cover book which entails printing overseas. Ku-ring-gai Council have also given us a grant towards the production of this book for which we are most grateful.

The project was first put before the committee three years ago and its publication in 2015 is an exciting time for all those involved, who were ably led by Rowena Monty.

The remaining books are now available for $35,  while stocks last.

Contact the Treasurer, Caroline, or the Secretary, Jan, by email or phone, or any committee member at the monthly General Meetings.

History of the Ku-ring-gai Art Society:

In March 1965 a group of twelve artists met in Asquith to discuss forming a Society of like minded people to represent the upper North Shore area. At a second meeting in Fox Valley Way, Grace Middlemass was elected President and her husband Roy was elected Secretary. The Society was called The Upper North Shore Art Society and the annual subscription was $2 with a hanging fee of 50cents charged for each painting. Five percent of all sales were kept as proceeds for charity.

On December 4, 1965 the newly formed Society held their first exhibition in the large garden behind the Potter’s Cottage at 12 Stanley Street St Ives. There was not room on the screens for all the paintings so some were hung on the fences surrounding the property. By 1966 there were 47 members.

Fifty years later and we now have 300 members, 200 being exhibiting members, and we are still exhibiting in St Ives.

In 1965 society was vastly different and a book depicting these changes and the journey the Ku-ring-gai Art Society has taken over the last fifty years has now been documented. What an interesting tale it is!

Thank you Rowena for all your wonderful efforts!