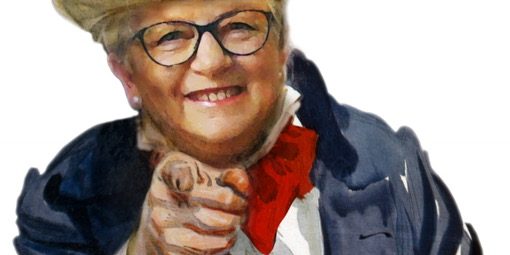 The President’s Report was presented to the meeting outlining the many events, activities and success’s for the year.

The 2017 committee stood down, and the 2018 elected officials and those taking the many additional responsibilities in the society were announced.

The new 2018 KAS committee was congratulated and the elected officials took their places to run the meeting.

Well here I am again for my 3rd and final year as KAS President. Very happy that KAS has survived and delighted to be part of a great team once more.

Thankyou to all those who have served on the Committee in 2017, have nominated to stand again, and have been re-elected.

During the yearGuest speakers, workshops and studio visits will be arranged and so we look forward to Members participation and attendance at the General Meetings.

We welcome Liz Harriott to our team as one of the Vice Presidents and trust that she will enjoy the involvement and camaraderie that this position affords.

There are Members on the Committee and in support positions who have served in their various roles for many years and enjoy doing so, but we are always looking for and endeavouring to encourage new Members to take an active role, learn the ropes and put their hand up to help or indeed take over from one of these long serving Members when the time comes.

Thankyou to Vikki Jackson who will now be assisting Lana with the Graphic design and Publicity, Diana Dean will be our Library assistant and Barbara Lions will be a workshop co-ordinator.

Harry Monty has done a great job as Membership Secretary but has informed me that he will step down after this year. Therefore, we will be actively looking for someone to take over this role during the year so as the transition is easier.  This role requires knowledge of working with computer spreadsheets and can be done from home. It is easily taught.

Thankyou once again to all Members for making KAS the super successful and highly regarded Art Society that it is.

As one of a team I am very proud to welcome everyone to the 2017-2018 Annual General Meeting.

Once again I’m delighted to say that KAS is alive and well, powering along as usual thanks to the dedicated Members who devote time and effort to ensure that KAS runs professionally and efficiently.

With 257members, 3/4 of whom are Exhibiting members our reputation for talent and excellence remains legendary.

Firstly I would like to thank all those who form the Committee of KAS . It is a pleasure to be part of such a fine group of friends who work well together with great skill, co-operation and dedication.

(Here I will name and thank everyone individually from my list).

Equally as important to the Committee are Members who have support roles and I thank them all most sincerely for their input and hard work.

I have personally sent thanks and Seasons Greetings to all Members in Support roles. Without their valued input the society would not be able to function.

Thankyou to those members who have offered to take on some role in the future and I encourage all members both social and exhibiting to get involved, not only for spreading of the work load but for the self -satisfaction and pleasure it derives.

This has really been a year of consolidation with all areas relatively unchanged.

The venues for both Committee and General Meetings remain the same and we thank the Ku-ring-gai Council and Masonic Lodge management respectively.

Once again our appreciative thanks go to the Management and staff of the St Ives village shopping Centre for all they do for us during our 3 Exhibitions and especially the Awards in July.

Such strong sales enabled us to donate $1,000 each to our Raffle Charities Little Blue Dinosaur and Coastal Shelter. Grateful thanks go to Paul McCarthy and Cathy Shugg for donating their paintings for the raffles.

We also invested $3,700 in additional lights, used in our Spring Exhibition.

KAS also sponsors the St Art Exhibition at the SIVSC for schools in the area with a monetary prize of $250 for the Best in show and $50 for the winner or each section. A total of $400 annually.

Financially we are in very good shape as our trusty Treasurer Caroline has presented.

Sponsorship for prizes at our Annual Awards Exhibition remain relatively unchanged and we thank our Sponsors most sincerely for their support.

Special thanks go to the Wills, Gomes and Irwin Families for their sponsorship in perpetuity.

The Season’s Greetings were sent to all sponsors with the accompanying image of “Emma”, Suzie Devenport’s beautiful drawing that won the Margaret Wills Golden Jubilee Trophy for Best in Show last year.

For the first time, our judges for the Awards Exhibition, Guy Troughton and Vanessa Ashcroft attended the Ceremony and presented prizes.

Unfortunately (?), none of our politicians, Federal Mr Paul Fletcher, local Mr Jonathan O’Dea and Mr Alistair Henskens were able to attend last year as there was a compulsory Liberal Party Meeting that they had to attend in Canberra. They promised to come in 2018 !!.

The Mayor chose a painting by Tony McClure for Council, and one by Inta Charteris for the Silver Jubilee Award Congratulations to both Inta and Tony.

Congratulations to all those Members who have achieved Exhibition status during the year. We hope you have much success in winning at our Awards and in selling your work at our Exhibitions.We also hope that we can count on you to participate in some capacity to the running of KAS in due course.

Workshops have been quite well attended though we have made a small loss overall. The Tutors have been exceptional, and all attendees were thrilled with their results.

Interesting Guest speakers were arranged and generally followed up with a workshop.

We had 2 Excursions in 2017. The first in April was a coach trip to Wollongong for 30 members to see the street art and visit the Wollongong regional Art Gallery. A donation of $150 was given to the Gallery

In November we had a tour of the Conservation Dept. of the NSWAG. 26 attended and we were able to donate $650 toward the purchase of the X-ray  fluorescence  spectrometer.  A fascinating behind the scene look at the intricate procedures of restoration and preservation which take place at the Gallery.

Five of our Members opened their home studio to the public during the CASS Art month in November and along with other members enjoyed displaying their Art. Sales were made and commissions accepted and a visit from our Federal Member Mr Paul Fletcher was much appreciated.

Our Autumn Exhibition is now up and looking excellent as always. Thankyou to Thomi Graham for standing in for me whilst I was enjoying a month in NZ

The Committee will now step down and all positions will become vacant.