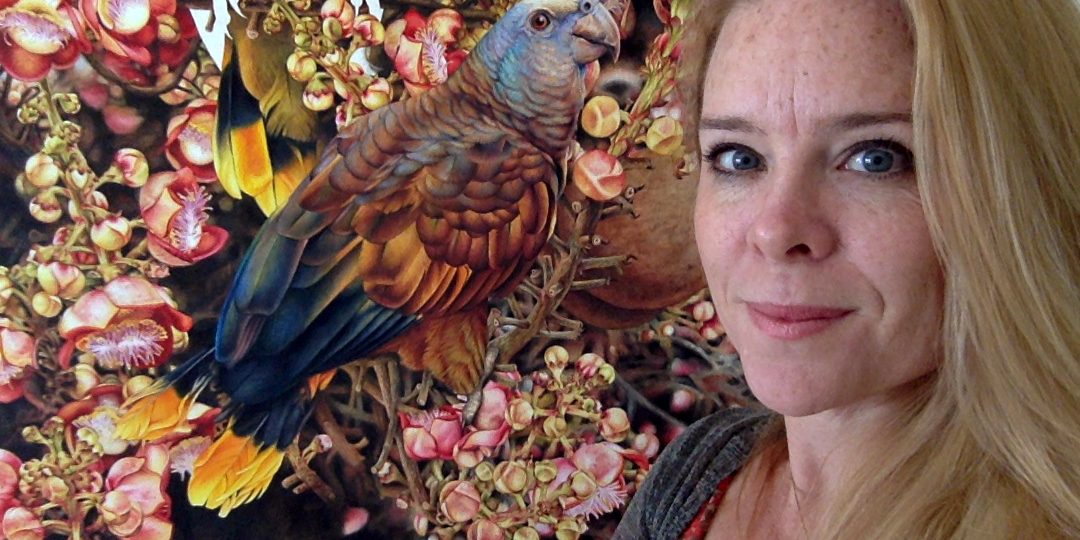 Our Guest Speaker for the KAS September Meeting was Heidi Willis .

From our meeting reporter:

Australian born, Heidi is an entirely self-taught Natural History watercolour artist, which means
she paints any natural subject – including plants, animals or insects in their environment.
Her work has been a hugely challenging journey which started when she was very young.
Initially she wanted to be a surgeon and oil painter which put her at a crossroad. Which way to
go? The answer came when she opened an Australian Geographic Magazine and felt an
overwhelming connection to the incredible illustrations by renowned artist Bill Cooper. Now
clearly focused Heidi set out on her path of self exploration and began by teaching herself
watercolour. She had no mentors or association with other artists, she just worked tirelessly
day in day out, even while having 3 children in 3 years by the age of 23. She would have one
either side of her and the other one on her back as she worked!
All this dedication paid off when, by chance, while having her work framed at The Art Scene,
she met the Curator of Botanica, who was so impressed by her work that she invited her to join
the exhibition and it was here that Shirley Sherwood, owner of the largest private Botanical
Collection in the World, bought one of her works. Understandably Heidi was blown away by all
this, but it proved to her that she was definitely on the right path. Since then she has received
worldwide acclaim and had numerous exhibitions including some in New York and China.
After having a much needed 5 year break, Heidi didn’t know if she would be able to paint again,
she was very unsure, so she started by sketching on a trek through Nepal. She then realised it
was still there and immersed herself once again into her passion. Her incredibly detailed works
require great discipline and perseverance, skills such as mind and time management are
essential. When painting large works like her recent 5’ x 3’ commission, she breaks it down into
small manageable sections, into what she calls “micro-journeys into colour”, keeping her
excited and motivated. This is vital as her works can take up to 2000 hours to complete!
Heidi then gave us a demonstration on how she works her magic. She always works flat and on
illustration board, putting down between 3-6 layers of wash even on a simple flower. She
described the intricacy of Botanical art like splitting hairs, then splitting again, then again and
again. When dealing with something as intense as this, she said you either practise it or avoid it and we certainly know what Heidi does!
Thank you Heidi, for the most awe-inspiring evening. Your works are mind-blowing and your
dedication epic!

Heidi Willis is an entirely self-taught watercolour artist. Painting full-time since 2003, she has quickly established herself as one of Australia’s emerging artistic talents. At 35, her reputation as a natural history, wildlife artist and botanical artist is well established. Her works can be found in significant public and private collections around the world and she has recently returned home from exhibiting her work by invitation in Asia.

In 2004, Heidi had 20 works selected for her first ‘Botanica’ exhibition in the Sydney Botanic Gardens. Her work was purchased by Dr Shirley Sherwood for inclusion in the prestigious Shirley Sherwood Collection of international contemporary botanical artists.