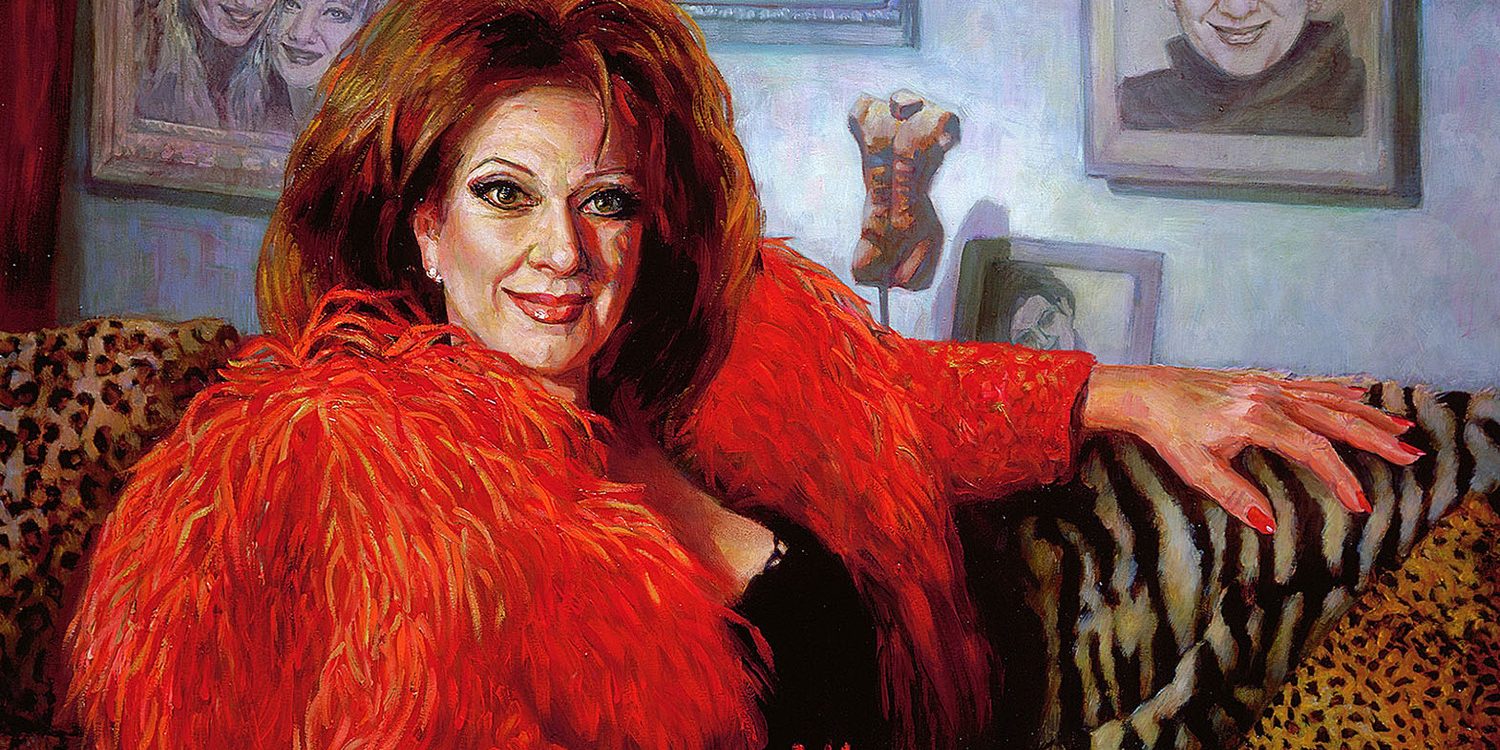 Nafisa Naomi is part of a long tradition of artists who seek to achieve political change through their art. Nafisa’s passion is to draw attention to the plight of threatened species like elephants, orangutans and big cats and she is determined not to let the world’s most iconic species disappear.

She realized that in order to have a voice, she needed to be well known as an artist. “You cannot raise money and save the world without being someone. It’s a chicken and egg thing. You need a profile”.

Amongst many other achievements, she has won the Gold medal for painting in the Florence Biennale in 2007 with the work “Regeneration” and in 2008 was awarded the prestigious Black Swan City of Perth prize for Portraiture. In 2010 she won the Archibald packers prize with her portrait of Glenn A Baker.

The portrait of Lewis Morley which won the Perth prize was painted on a massive sheet of 300 gram paper stuck to Gatorboard. The paper cost about $800. As she usually paints in oils, she lost her lights whilst painting on this precious paper. “I thought I had nothing to lose so I attacked the paper with a razor blade to get the lights back”!

More recently she has been painting large murals depicting wildflowers. One is on a wall at St Vincent’s Hospital, the other at Ripples restaurant in Clifton Gardens. (Her arm and shoulder are currently suffering as painting murals takes a massive physical toll.)

Nafisa described for us her adventurous travels in Assam, India and in Namibia, Africa. She draws and sketches and photographs extensively the wonderful wild animals who are endangered. Whilst away she draws with pencils and pastel pencils.

She uses Canson paper as a support, and also Sennelier cards. “ But you cannot get water on them!” She suggests when travelling, “Get really thick watercolour paper. Tear it up and make your own postcards”

Each year Nafisa produces, for AnimalWorks, a calendar depicting an iconic animal. One was on eyes – exquisite drawings of a leopard eye, an orangutan’s eye, an elephant eye, etc. This year the calendar depicts drawings of a rhino. She has raised over $400,000 for AnimalWorks, and $300,000 for Jean4Genes through her art. “I couldn’t write the cheque but I can through my art”.

So she is a political artist with a difference – She depicts beauty and uses her art to raise awareness and funds to address these issues. Her gallery “H’Art Matters Gallery” is at Mosman.

Calendars are available from www.animalworks.com.au

Nafisa has exhibited extensively overseas and in Australia and her most recent awards have included the Packers Prize for the Archibald 2010, the  Black Swan prize for portraiture 2008, after having won the Gold Medal for Painting at the Florence Biennale from a field of 800 artists from 60 nations in Dec 2007.

She has been represented as a finalist in every major art prize including the Dobell Prize for Drawing, the Blake Prize, The Kedumba Drawing Award, the Portia Geach Portrait Award, amongst others.

Nafisa graduated with a Masters of Fine Art from the National Art School in Sydney 2008. She holds the position of Fellow at the Royal Art Society of NSW. She continues to exhibit in Europe, the USA and England and gives select tutorials in portraiture and life painting, from her studio in Sydney and in workshops abroad. 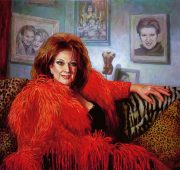 In 2002, upon returning from NY having won a certificate of Merit at the International Portrait Competition for her Portrait of Salvatore Zofrea (which later won the Mosman Art Prize, PC), she founded Portrait Artists Australia, which gives professional portrait artists a platform and the public a database to source commissions from

“My work reflects close observation of the subject and an intention to reveal it’s true character, not simply the superficial likeness. Ultimately I want my artwork and my actions to be viewed for what I create them to say -we are individuals, as is each flower and animal, and we all deserve to live to express that uniqueness.”