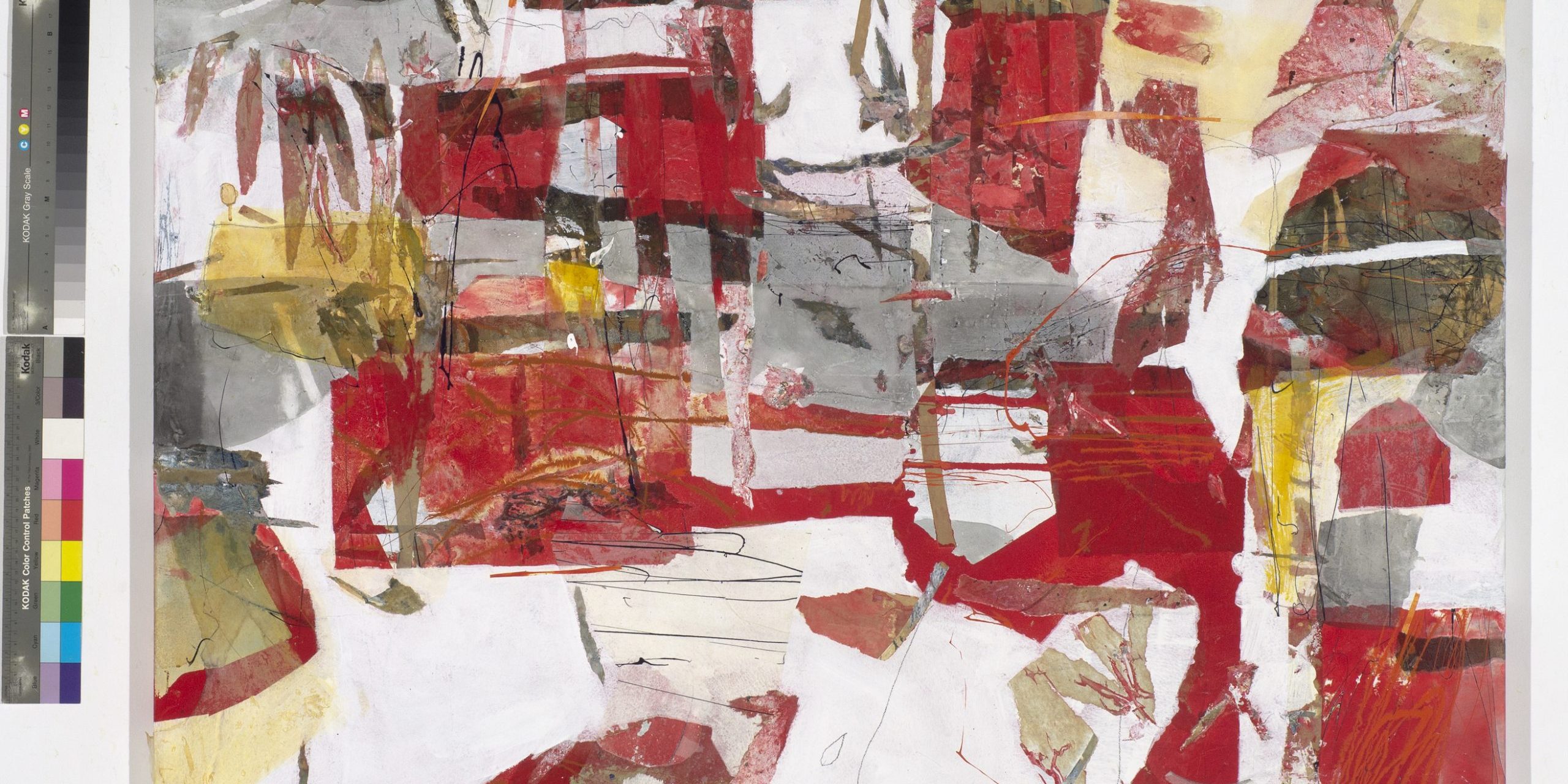 Our Guest Speaker for the KAS July Meeting was Judith White

Judith gave a wonderful presentation on the development of her Artworks to a fascinated and appreciative KAS audience.

Judith’s career as a professional artist has now spanned 40 years. She started out as an oil painter but moved to watercolour when she had her family as it could be more easily fitted around her lifestyle. She always thought she would get back to oil but never did, instead Judith has merged her watercolour technique with acrylics & collage on paper & canvas to produce her evocative contemporary works.
Throughout her career Judith has worked in series which each span 5 or 6 years. She has never searched for ideas, they just seem to pop up and find her. Her first series based on the urban environment and water took her into high-rise offices to paint the view looking out windows overlooking Sydney Harbour. These were very large works on paper and lead to her doing a commission for the Sydney Olympic Committee. Judith then moved on to working on canvas with a landscape series about the presence of the artist in the environment, including the shadow of the artist and also subtly incorporating text. A trip to Europe extended the series to include a wide angle view of interior and exterior looking through the windows of hotel rooms. This was followed by works based on aerial views of the Australian outback, exploring how people live in different environments, be it desert or farmland. Most of these works are huge, one example being the commissioned piece for the Glass Restaurant in The Hilton Hotel (see below), which was done in panels and measured 3.5m x 8m!
Judith’s works continued to evolve over the years from quite representational images to richly textured abstract forms. In her Waterhole and Bush Creek series she used layers of collage and washes, juggling opacity and transparency to question how society reacts with rivers. Her latest works are inspired by man-made forms in the urban environment and are purely abstract moving toward semi-opacity instead of transparency.
It was both exciting and inspiring to see the evolution of an artist’s work over time. Thank you Judith for sharing your story.

Judith White was born in Sydney, trained at the National Art School, gained a Bachelor of Arts majoring in Fine Arts through Sydney University, and is a member of the Australian Watercolour Institute. Judith has been a practicing professional for 30 years with 38 solo exhibitions in Australia, and Japan.

Judith began her career working in pure watercolour. The use of collage in the early 1980s was a consequence of her work addressing political issues such as tourism and the environment. Several journeys to the desert regions, in particular the environs of Lake Eyre in the 1990s, revolutionised Judith’s painting process to include working in a larger scale on canvas. Her process however, has always relied on the fluid wash and transparency of pure watercolour technique.

Major commissions include, the Olympic Co-ordination Authority, Walker Corporation, Southern Pacific Petroleum/Central Pacific Mineral P.L., JLW Sydney, Attorney General’s Department of NSW, in 2004 Judith was commissioned to complete a major work for the refurbished Hilton Hotel, Sydney, and in 2013 a detail of Judith’s painting “Bush Creek Series: Waterhole” was reproduced on the cover of the 6th edition of Australia’s Macquarie Dictionary.