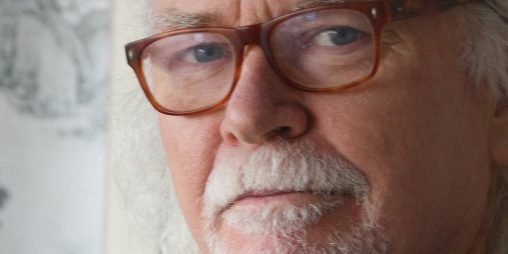 Paul gave us a fascinating talk on his life story as an Artist, and outlined the long, detailed and slo

w process he employs to complete his artworks.

castle. He is a practicing artist working in his open studio at the Headland Park Art Precinct, Mosman. Paul has exhibited in private and public galleries for 38years and has taught adult art classes for 22years; including 11 years as a full-time drawing/painting teacher with various Institutes of TAFE. 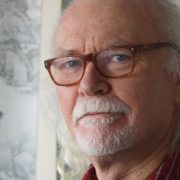 Paul Kemp has developed a sustained, articulate vision of the natural world over the last 33 years. He takes the phenomena of sky, wood, rock and water, and distills them to a harmonious essence. Like a fugue in music or rhyme and rhythm in poetry all of nature is themed, unified by fundamental forces. These forces are physically organising, determining the structure of natural forms. Just as portions of matter are attracted to each other due to gravity or electro-magnetic forces, the landscape has grown and evolved under the constraint of universal physical forces. Kemp’s practice focuses on

perceiving the evidence of this influence despite the superficial disparity of the landscape. Working in this vein, Kemp has depicted the symmetries between micro and macrocosms of the landscape. Each facet of nature is potentially analogous, as each is formed by a common rhythm of shared forces. The human body, which is subject to the same formative forces, undergo metamorphosis with trees, lightning, rock and cracks in Kemp’s paintings. This is not pareidolia but an attempt to relate structures. Paul Kemp’s paintings enable us to consider our perceptions of nature in the light of essential unity.