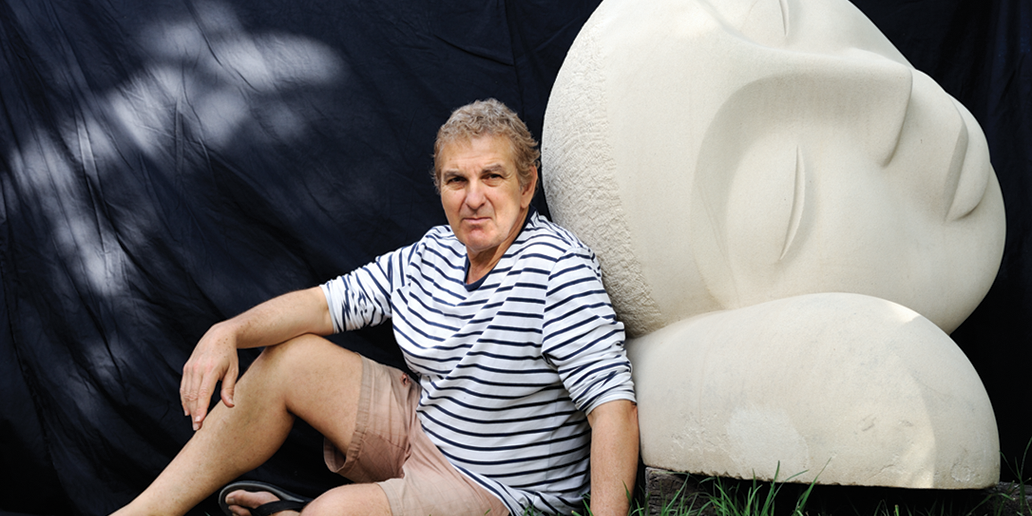 Our Guest Speaker for the KAS June 2017 meeting was  Vince Vozzo, Sculptor and Artist.

It has been a while since we had a “Sculptor Artist” present to our meeting.

Vince gave us a fascinating insight to the Challenges and Achievements that a Sculptor Artist experiences…. from the basic many ton block of marbles outside thew front door, the initial sketches, and the months of “Chipping Away “……………. 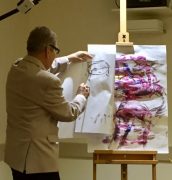 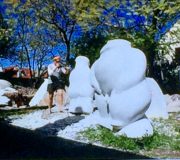 Vince Vozzo was born in Sydney in 1954 and studied art at Liverpool TAFE, East Sydney College and Alexander Mackie College of Advanced Education.

In a career spanning three decades, Vozzo has exhibited in 32 solo exhibitions and produced thousands of artworks in different mediums. He has featured in numerous group exhibitions, most notably Sydney’s Sculpture by the Sea, where his magnificent sculpture has loomed large over the coastal horizon more than 13 times to date.

His work has been included in 36 prize exhibitions and with eight selections in the prestigious Wynne Prize, Vozzo holds the record for a sculptor in that competition.

He has been the recipient of numerous awards and commissions most notably the Ligurian Society Art Travel Scholarship to Pietrasanta, Italy and the Norton Sculpture Award. Vozzo’s work is represented in private and public collections in Australia, Europe, USA and Asia.

Vince’s work has also been seen on the small screen, including a sand scuplture that he created for Robert Hughes’ The Fatal Shore which aired on SBS and the BBC