Our guest speaker at our September 7th Meeting will be Lisa Rochfort. 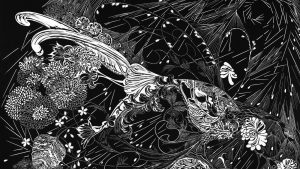 Lisa Rochfort works in her country studio, ‘Yarrenbool’ in rural NSW in a township called Manilla. The name comes from the Gamilaraay language, it is said to mean ‘winding river’. Manilla lies next to the Bundarra-Barraba, an important bird sanctuary imperative to the conservation of the critically endangered Regent Honeyeater. A better terrain could not be found for an artist embedded in the subtle tides and rare patterns of the natural world.

The pale winter light, the wind articulating every moving leaf, schools of birds taking formation in the sky, all of this falls into the lines and forms of her vision. “I don’t look at nature” Rochfort reflects, “I read it and immerse myself deeply within it. Nothing around me is static and as a result, the composition of my large prints and smaller ceramics might be mapped – but they can never fully be planned. I will conceive a carving and then very swiftly depart from it for the next eight hours of work. I guess that is the main difference between art and design. In art, the template always get lost and inevitably, it just transforms.” Intricate, profoundly faceted detail is a hallmark of Rochfort’s work. This, and a highly dramatic use of 2 positive and negative space. Following the Japanese concept of Notan, her abstract use of the void is punctured by intense bursts of ornament. Visually each work is rich in movement, swooping diagonals thread the eye across ornate wings and foliage as the patterns of nature fuse. Her homage to the hummingbird also plays with the volume of line by contrasting bone thin lines with tiny ellipses that evoke both petals and feathers.

The interchange between species and their camouflage is just one of the departures from realism that these works take. For here is not the bird as a naturalist specimen or the indigenous flower as a 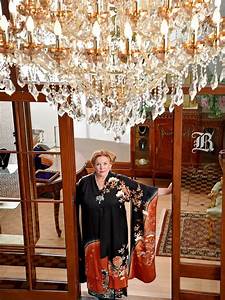 n obedient sample, but a much wilder hybrid of the two. In her studio carving linear whirls or at the press, both hands soaked black with ink,

Lisa Rochfort joins ornithology to botanica, Edo and Bush poetry. Rendering up a rare imagined beast of her own making. To Rochfort, the art of the print is also the art of paper. The quality of paper as a breathing, living entity is honoured in a ritual where she feels the paper surface “receives the ink” rather than simply being imposed upon. Her preference to create single rather than multiple edition prints is expressed through a desire to create an image of almost scintillated clarity. A cleaving between light and dark so deep the paper looks somewhat embossed and so crisp the original verve and energy of her line is not lost..

The Exhibitions are held at “The Gallery”, in the St Ives Shopping Village.

An Autumn and Spring Exhibition is held in March and October.

The Awards Exhibition is held in July.

Exhibiting Members are entitles to enter the exhibitions.